Can I Drink Coffee Before Allergy Testing

Read more to learn about what you can and can’t take before an allergy test and some other facts you need to be aware of if you are going to take a test to detect any allergies you may have.

Can I Drink Coffee Before Allergy Testing

Caffeine is a stimulant that can cause your body to produce false positives on an allergy test.

So, if you are planning to get tested, it’s best to avoid caffeine for at least 48 hours before the test.

This includes coffee, tea, chocolate, and soda. Here’s what more you need to know.

Avoid all foods, beverages, and medications containing Caffeine, which includes coffee, tea, chocolate, most soft drinks, and some over-the-counter migraine medicines in the days leading up to your allergy test.

Why No Caffeine Before Allergy Test

For coffeeholics, the thought of giving up coffee for even a day can be unbearable.

When you have an allergy test, the doctor will usually put a small amount of the allergen on your skin.

If you’re allergic to it, you’ll usually start to itch within about 15 minutes. But if you’ve had caffeine recently, that can interfere with the test.

That’s because caffeine is a natural stimulant and it can make your skin more sensitive. It can also make the allergen seem more potent than it really is.

So if you’re scheduled for an allergy test, be sure to avoid caffeine for at least 48 hours beforehand.

That way, you’ll get the most accurate results possible.

Be sure to let the doctor know if you’ve had any caffeine in the past day or so. That way, they can take it into account when interpreting the results.

What Should You Not Do Before an Allergy Test

One of the best ways to find out what you’re allergic to is to get an allergy test.

But there are a few things you shouldn’t do before your appointment.

For one, don’t take any antihistamines for at least two weeks before the test.

That includes over-the-counter drugs like Benadryl as well as prescription medications.

Antihistamines can interfere with the results of the skin prick test, which is the most common type of allergy test.

You should also avoid alcohol for 24 hours before the test. And if you’re scheduled for a blood test, don’t smoke for four hours beforehand.

Smoking can also skew the results. So if you’re planning on getting an allergy test, be sure to give yourself enough time to avoid these substances.

How Does Caffeine Affect Allergy Testing

Caffeine is a stimulant that can be found in coffee, tea, energy drinks, and chocolate.

It’s also used as an ingredient in some medicines. Caffeine can cause a temporary increase in blood pressure and heart rate.

It can also make you feel more alert and less tired. Caffeine may interfere with allergy skin testing.

If you’re scheduled for skin testing, your doctor will likely tell you to avoid caffeine for a period of time before the test.

The length of time will depend on the type of test you’re having. Caffeine can also cause false positives on breath tests for Helicobacter pylori (H. pylori), a bacteria that are linked to stomach ulcers.

If you have H. pylori, you’ll need treatment to get rid of it. You may be asked to avoid caffeine a few days before the test so that accurate results can be obtained.

Can I Drink Coffee After Taking Allergy Medicine

Many people enjoy a cup of coffee in the morning, but for those who suffer from allergies, taking medication can pose a dilemma.

Antihistamines are designed to dry up mucus and make breathing easier, but they can also have the side effect of causing dehydration.

Coffee is a diuretic, which means it can exacerbate the effects of allergy medication and leave you feeling even more parched.

So, what’s the verdict? Can you drink coffee after taking allergy medicine? It depends on the situation.

If you’re taking a first-generation antihistamine, such as diphenhydramine (Benadryl), it’s probably fine to have a cup of coffee.

However, if you’re taking a second-generation antihistamine, such as cetirizine (Zyrtec) or fexofenadine (Allegra), you should avoid caffeine.

These medications are less likely to cause dehydration, but the combination of caffeine and antihistamines can increase your risk of side effects such as jitteriness and insomnia.

So, if you’re struggling with allergies, it might be best to stick to decaf.

Can I drink coffee before allergy testing? It is best to avoid it to get the most accurate result! All in all, if you’re scheduled for allergy testing in the near future, we recommend abstaining from coffee and other caffeinated beverages.

The results of your test may be affected, so it’s best to play it safe and avoid any potential interference. We know that giving up caffeine can be tough, but try drinking tea or water instead – both are excellent sources of hydration.

Are there any other foods or drinks you should avoid before allergy testing? Let us know in the comments!

Can I drink coffee with braces

How long will coffee stay hot in a thermos 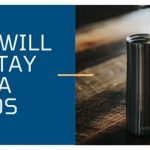