Can I have a cup of coffee while pregnant

When you’re pregnant, you may be wondering if you can have coffee. The answer is yes – but only in moderation. Coffee has been shown to have some health benefits for pregnant women, but it’s also important to watch your caffeine intake. So, Can I have a cup of coffee while pregnant?

Caffeine is a drug that is found in coffee, tea, chocolate, and soft drinks. When you’re pregnant it’s safe to have caffeine in moderation. Its recommended that a pregnant woman can only drink 200 mg of caffeine per day, which is about a 12 oz cup of regular coffee.

In this blog post, we’ll discuss how much coffee is safe to drink while pregnant and its effects on you and the baby. I will also give you some great-tasting coffee alternatives you can enjoy at home. Read on to learn more!

Can I have a cup of coffee while pregnant

Yes, you can have a cup of coffee while pregnant. However, you should limit your caffeine intake and not drink too much.

Research conducted by the American College of Obstetricians and Gynecologists (ACOG)  and other agencies has found that consuming less than 200 milligrams per day of caffeine (the equivalent of one 12-ounce cup of coffee) does not cause miscarriage or preterm birth.

So, go ahead and enjoy your coffee while pregnant knowing that as long as you keep it to around 200 mg per day, you and your unborn baby will be just fine.

Too much caffeine can increase the risk of miscarriage and other pregnancy complications. So, enjoy your coffee, but be mindful of how much you drink.

What are the effects of drinking caffeine while pregnant

Caffeine, which passes through the placenta and causes higher maternal catecholamine levels, has been associated with spontaneous abortion in the past.

While the study found that moderate caffeine consumption (1 to 200 mg per day) did not increase the risk of miscarriage or preterm birth, the evidence for an association between caffeine intake and miscarriage is weak due to a small number of participants.

Effects of drinking coffee while pregnant for me and my baby?

There is a lot of debate surrounding the effects of drinking coffee while pregnant. Some people say that it’s perfectly safe to drink coffee during pregnancy, while others claim that it can have negative consequences for both the mother and baby. So, what’s the truth?

Well, according to ACOG, you and your unborn baby will be perfectly fine as long as you stay within their researched guidelines of drinking a maximum of 200 mg of caffeine per day.

They claim to stay within that limit won’t have any negative effects on you or your baby.

How much coffee can you drink while pregnant

ACOG state that you can safely consume 200 milligrams of caffeine per day without any negative side effects to your pregnancy. 200 mg of caffeine is approximately a 12 oz cup of coffee.

The FDA has cited 400 milligrams a day—that’s about four or five cups of coffee—as an amount not generally associated with dangerous, negative effects.

The recommended amount of caffeine while pregnant is about half of what is recommended for an unpregnant healthy adult.

Benefits of caffeine during pregnancy?

Pregnant women should consult their doctor before consuming caffeine. There are some claimed benefits of caffeine during pregnancy such as:

Can I have a cup of decaf coffee while pregnant

There is no harm in having a cup of decaf coffee while pregnant, for the most part, decaf coffee tastes the same as regular coffee.

But it is always best to speak with your doctor about what is safe for you and your baby. Some doctors recommend avoiding caffeine altogether during pregnancy, while others say that a moderate amount of caffeine (about 200 milligrams per day) is okay.

Decaf coffee does not have the same level of caffeine as regular coffee, but it is still a good idea to limit your intake.

Too much caffeine can cause problems such as miscarriage, low birth weight, and premature birth. Speak with your doctor to find out how much caffeine is safe for you during pregnancy.

Can I have one cup of coffee while pregnant

Coffee has a calming effect on us, we crave it and we want it, but Can I have a cup of coffee while pregnant?

This is what we have been answering in this very blog post.

You can safely drink 200mg of caffeine per day. That is a 12 oz cup of coffee for you to sit back, put your feet up and relax and have some you time.

Can I have two cups of coffee while pregnant

The same rules apply here as they do for only having one cup of coffee while pregnant. As long as you stay within the 200 mg limit, you should be ok.

What to drink instead of coffee when pregnant

When you are pregnant, you may be wondering what to drink instead of coffee. There are many options available, and each one has its own benefits and drawbacks. Let’s take a look at some of the most popular choices:

So, can you have a cup of coffee while pregnant? Yes! You just need to be mindful of how much caffeine you’re consuming. Try sticking to around 12 oz per day and avoiding drinks with other sources of caffeine, like tea or chocolate. If you’re ever in doubt, consult your doctor. They will be able to help create a plan that works best for you and your growing baby. Thanks for reading! 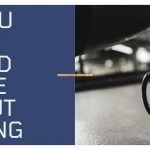 Can You Drink Ground Coffee Without Filtering