Is Decaf Coffee a Diuretic

Have you been wondering whether decaf coffee is a diuretic? This article will give you convincing reasons to believe that it might not be a diuretic as you thought. So, let’s look into this; Is decaf coffee a diuretic?

You might be interested in knowing whether decaf coffee is the best for your health compared to other types of coffee. This article will answer all these concerns. Read on and uncover the myths behind this great drink.

Is Decaf Coffee a Diuretic

Suppose you are one of the people for whom caffeine is appealing. In that case, you have to decide whether you want decaffeinated or regular coffee. Regular coffee can make you jittery and dehydrate you and it’s best not to drink coffee when sick.

Caffeine is a diuretic; it increases urination. If you drink coffee, it can help if you are trying to lose weight. But be careful; too much caffeine can cause dehydration, and dehydration is unhealthy. So drink plenty of water.`Strangely, drinking coffee can give you gas, too.

If you have been drinking a lot of coffee, you may have noticed that your urine has become brighter and clearer. You may also have noticed an occasional headache or stomach ache. You may not be pleased about that, but doctors are. That is because caffeine is a diuretic.

But caffeine, the main ingredient of coffee, acts as a diuretic by stimulating the smooth muscles in the wall of the kidneys, causing them to contract. That causes the urine to flow more freely. However, you are not likely to pee a lot with decaf coffee because it is less diuretic than regular coffee.

A related article is How to stop coffee from making you poop – Check this out if you want to know more.

Decaffeinated coffee is a diuretic, like regular coffee. But its diuretic effect is much smaller than for regular coffee. When you drink decaf, you don’t get the full caffeine hit. As caffeine is highly diuretic, drinking decaf won’t give you the same effect.

Decaffeination is tricky. Decaffeinated coffee has been marketed as less stimulating, which may be true, except for anyone who is caffeine sensitive. Coffee has a diuretic effect, and if you’re sensitive to caffeine, that effect might raise your blood pressure.

But it isn’t the only reason. For one thing, caffeine does not stay in the bloodstream very long. So drinking a cup of coffee won’t make you urinate frequently.

Another reason is that decaf coffee has a lot less caffeine than coffee does. Because caffeine is a stimulant, the less of it there is, the less stimulating it is. For people who are sensitive to caffeine, drinking decaf coffee is safer. Caffeine sensitivity, however, is very rare. It affects about 1 in 10,000 people.

Caffeine sensitivity is one reason that some people recommend decaffeinated coffee for people who have trouble sleeping. Caffeine’s diuretic effect causes you to urinate more, and that can be uncomfortable. But decaffeinated coffee has about 10 times as much caffeine as straight coffee,

If you drink a lot of decaf coffee, you’ll most likely be dehydrated. The reason is that it has less caffeine than coffee made from fresh coffee beans. But caffeine isn’t the only cause of dehydration. Being dehydrated makes you pee a lot, so even if your caffeine intake was zero, you still might be dehydrated.

If the caffeine in decaf coffee doesn’t dehydrate you, what does? Decaffeination removes only the caffeine. Everything else is left in; the amino acids, the carbohydrates, the minerals and vitamins, and the sugar. So you’d think that decaf coffee would be a diuretic. But there is a difference between being diuretic and being hydrating. If you’ve lost a lot of water, you’ve lost a lot of salt, and your urine is salty. Decaffeinated coffee is hydrating because it contains less salt.

The hydrating effect will be determined by how much coffee you consume. If you consume more coffee, you will need to pee a lot, thus dehydrating your body.

If not closely watched, the diuretic effect of decaf coffee can lead to dehydration when combined with other effects such as sweating and other health complications. If you sweat, the body loses water, and essential fluids and electrolytes are lost, thus resulting in dehydration. Therefore when taking in decaf tea, it is critical to consider the rate at which the body loses fluids and electrolytes through other body processes.

Although coffee counts as a daily water intake, drinking too much of it can cause dehydration. Coffee is made up of water. Therefore the fluid intake can help your body stay hydrated for some time. It should never be taken to hydrate the body when performing strenuous activities that will result in dehydration.

Does Decaf Coffee Irritate the Bladder

Decaf coffee is coffee that has been removed from some of its caffeine. It is not entirely caffeine-free, but enough to give you all the stimulant effects of coffee but none of the caffeine. You might think that this is a good thing. Caffeine is bad for you, after all, and decaf coffee is supposed to be healthier.

There have been no scientific studies of whether DTPA irritates bladders. But anecdotal evidence suggests that it does. So, if you are sensitive to diethylenetriamine pentaacetic acid, you might want to stick with regular coffee. 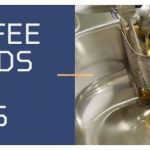 Does coffee sober you up after drinking 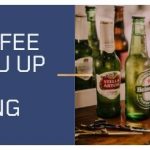