Can you drink coffee when sick

We’ve all been there. You’re feeling a little under the weather, but you don’t want to give up your morning coffee. Can you still drink coffee if you’re sick? And is it actually good for you? Here’s what you need to know about drinking coffee when sick.

Drinking coffee while sick will usually be completely fine. If you are sick, be aware of your symptoms. If you’re already feeling jittery, anxious, or dehydrated then it might be best to avoid drinking caffeine. Some medications won’t be as effective when drinking caffeine, always best to consult a doctor.

Keep reading to find out about drinking coffee with different illnesses and medicine.

Can you drink coffee when sick

There’s no hard and fast rule about whether or not you should drink coffee when you’re sick.

Some people find that it helps them feel more alert and energetic, while others find that it makes their symptoms worse.

If you’re feeling really tired and sluggish, you might want to give a cup of coffee a try. Just be sure to drink it in moderation, as too much caffeine can aggravate certain symptoms, like headaches and nausea.

There is some evidence to suggest that drinking coffee while sick can help alleviate drowsiness and increase alertness while at the same time helping with a general feeling of discomfort.

That being said, caffeine can exacerbate dehydration and irritate the digestive system, both of which are common symptoms of illness.

If you’re already feeling jittery or anxious, you might want to avoid coffee altogether.

if you’re not dealing with nausea or other digestive issues, a cup or two of coffee may not do any harm.

Can you drink coffee while taking antibiotics

Drinking coffee while taking antibiotics comes with some risks but in general, is safe to do. Your body will break down caffeine and the antibiotics in your body. This extra workload might not be optimal for your sick body and might reduce its effectiveness.

It is generally advisable to avoid caffeine while taking antibiotics. Taking some antibiotics might decrease the speed at which your body breaks down caffeine.

As a result, caffeine can increase the risk of side effects such as jitteriness and headaches.

Additionally, it can interfere with the way the body absorbs the medication, which could reduce its effectiveness. If you do choose to drink coffee while taking antibiotics, it is important to drink in moderation.

Ultimately, it is best to check with a doctor or pharmacist before consuming any caffeinated beverages while taking antibiotics.

Is coffee bad for cough

When you have a cough, your reaction is to drink lots of fluids. This makes sense, as a cough is often the result of excess mucus buildup in the throat.

Drinking fluids helps to thin out this mucus, making it easier to expel.

However, some people believe that coffee is an effective cough remedy. The reasoning is that coffee contains caffeine, which has natural bronchodilating properties.

This means that it can help to open up the airways and make it easier to breathe.

In addition, coffee is a diuretic, so it can also help to expel mucus by increasing urination.

While there is some evidence to support these claims, it is important to remember that everyone reacts differently to caffeine.

For some people, coffee may actually make a cough worse. If you are unsure whether coffee is right for you, it is best to speak with a doctor or pharmacist.

Can you drink coffee when you have the flu

Drinking a cup of coffee when you have the flu probably wont do you any harm.

Some people find that coffee helps them to feel more alert and awake when they’re suffering from the flu, while others find that it makes their symptoms worse.

If you do decide to drink coffee while you’re sick, it’s important to listen to your body and stop if you start to feel worse.

Remember to stay hydrated by drinking plenty of fluids, too. And, of course, if you have any concerns about your health, it’s always best to speak to a doctor.

Can I drink coffee when I have a fever

However, it’s important to remember that coffee is a diuretic, which means it can also dehydrate you.

So if you’re already feeling dehydrated from your fever, you might want to limit your caffeine intake or switch to decaf. In addition, some people find that their sense of taste changes when they’re sick, making coffee taste more bitter than usual.

If that’s the case, you might want to try adding a little milk or sugar to your cup.

Ultimately, there’s no need to give up coffee entirely when you’re sick – just be sure to drink it in moderation.

Can I drink coffee when I have diarrhea

Coffee is generally safe to drink when you have diarrhea, but there are a few things to keep in mind.

First, coffee can act as a laxative, so if you’re already dealing with loose stools, you may want to avoid coffee.

Secondly, coffee can increase stomach acid production, which can make diarrhea worse. If you do decide to drink coffee, be sure to stay hydrated by drinking plenty of water as well.

Finally, if your diarrhea is severe or persists for more than a couple of days, it’s best to see a doctor to rule out any underlying causes.

So, can you drink coffee when sick? In general, drinking coffee while sick will usually be completely fine. However, if you are experiencing any unusual or extra symptoms like feeling jittery, anxious, or dehydrated, it might be best to avoid caffeine for the time being.

Keep in mind that some medications might not work as well when taken with caffeine – always consult your doctor before making any changes to your diet or medication routine. Thanks for reading and stay healthy! 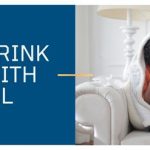 Can You Drink Coffee With Dayquil

Can I Drink Coffee at 5pm