Does coffee produce mucus Or Not

Does coffee produce mucus? I know, it’s a tough question.

Coffee may help increase mucus production but there’s no concrete evidence to prove it. If at all, it may be an indirect connection to increased mucus production as a result of coffee intake.

More on that below. Anyway, I’m not sure about you but when I think about drinking coffee I think about all of the amazing health benefits it provides. So, does this mean that coffee comes with a cost? Let’s take a closer look.

There’s a common belief that coffee leads to increased mucus production. However, there’s no scientific evidence to support this claim.

Caffeine is a stimulant that can speed up your digestive system and make you need to go to the bathroom more often.

In fact, some studies have found that coffee may actually help to reduce the risk of developing respiratory infections. You might find this article interesting, do coffee drinkers live longer?

So, if you’re wondering whether coffee produces mucus, the answer is probably no. However, it’s always best to consult with your doctor before making any changes to your diet.

Many people swear by coffee as a way to clear mucus, but does it really work? There is some scientific evidence to suggest that coffee can help to thin mucus and make it easier to cough up.

Coffee contains compounds called catechins, which have been shown to break down mucus. In addition, the caffeine in coffee can help to stimulate the production of bronchial secretions, making it easier to expel mucus from the lungs.

However, it’s important to note that coffee is not a cure for respiratory conditions like colds or bronchitis. You may want to ask yourself if you should be drinking coffee when sick, is that a wise idea?

It can thin mucus and make it easier to expel, but it will not eliminate the underlying infection.

For best results, drink a cup of coffee with honey and lemon for an extra boost of antioxidants.

For many of us, coffee is an essential part of our morning routine. We rely on that cup of joe to help us wake up and face the day.

However, if you’re someone who suffers from allergies or a respiratory condition, you may have been told to avoid coffee because it can worsen mucus production.

So, what’s the truth? Does coffee really make mucus worse? The answer appears to be mixed. Some studies have found that coffee can actually thin mucus and make it less sticky, making it easier to clear from your airways.

However, other research has shown that coffee can increase mucus production. The jury is still out on which is correct.

However, if you find that coffee does make your mucus thicker and more difficult to clear, it might be worth cutting back on your intake or switching to decaf.

At the end of the day, you know your body best. Listen to how it reacts to coffee and make changes accordingly.

So, there you have it. Coffee can help to thin mucus and make it easier to expel, but it’s not a cure-all. If you find that coffee makes your mucus thicker, you may want to cut back on your intake or switch to decaf.

While it’s commonly believed that caffeine increases mucus production, the jury is still out on whether there’s any truth to this claim.

Some studies have shown that caffeine can have a mild drying effect on mucus, while others have found no significant difference.

However, it’s worth noting that caffeine is a stimulant, and as such, it can sometimes cause anxiety and irritability – both of which can lead to increased mucus production.

So while there may not be a direct connection between caffeine and mucus, it’s possible that the two are indirectly linked.

Does Decaf Coffee Cause Mucus

For coffee lovers, there’s nothing worse than the thought of giving up their beloved beverage.

But for those who are trying to cut back on caffeine, decaf coffee is often seen as the best alternative.

However, you may be surprised to learn that decaf coffee can actually cause mucus build-up. Caffeine has a drying effect on the body, which helps to thin out mucus.

When you switch to decaf coffee, your body produces more mucus in order to compensate for the lack of moisture.

As a result, you may find yourself feeling congested and dealing with a runny nose more often.

So if you’re trying to avoid mucus, it’s best to stick with regular coffee or tea.

Does coffee produce mucus? Not so straight! Although coffee doesn’t directly produce mucus, it can have some unpleasant side effects like loose stools and an increased risk of hemorrhoids.

However, there’s no evidence that coffee consumption increases the likelihood of respiratory infections.  In fact, some studies have even shown that coffee may help to reduce this risk.

If you’re curious about the potential health benefits and drawbacks of drinking coffee, it’s always best to consult with your doctor.

Does coffee evaporate Or Just The Water 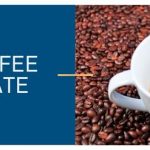