Do you like coffee? Do you drink it every day? If not, would you start if you found out that it could help you live longer? Believe it or not, there is some evidence that suggests that coffee drinkers do live longer than those who don’t drink coffee. Let’s take a closer look at the research to find out more, do coffee drinkers live longer?

There is some evidence that suggests coffee drinkers do live longer than those who don’t drink coffee. Coffee is packed with antioxidants and other compounds that have been shown to promote health. One study to suggest this is from Harvard T.H. Chan School of Public Health

Looking to learn more about the effects of caffeine and life expectancy and in fact, if a cup of coffee makes you live longer, then keep reading to learn everything you need to know and more

It’s the question on everyone’s mind: does coffee drinking lead to a longer life? According to a large new study, the answer may be yes.

And it doesn’t appear to matter if the coffee is caffeinated or decaf, brewed or instant. So go ahead and enjoy that cup of joe – it just might help you live a long and healthy life.

What are the effects of caffeine on the body

The effects of caffeine on the body have been well-studied, and it’s generally considered safe in moderate amounts. However, too much caffeine can lead to side effects like anxiety, jitters, and insomnia. Caffeine is also addictive, so it’s important to be careful with how much you consume.

Caffeine is a psychoactive drug that affects the central nervous system. It’s found naturally in coffee, tea, and chocolate, and it’s also added to energy drinks and some sodas. Caffeine works by blocking adenosine, a neurotransmitter that makes you feel sleepy. This increases alertness and can improve mood.

Caffeine can have some positive effects on the body:

Too much caffeine can lead to side effects like:

Yes, you read that correct, coffee can in fact increase your testosterone levels, and therefore there is some evidence to suggest that drinking coffee makes you more sexually active, which is always a bonus!

Caffeine is also addictive, so it’s important to be careful with how much you consume. If you’re trying to cut back on caffeine, it’s best to do so gradually to avoid withdrawal symptoms like headache and fatigue.

Can caffeine affect you as you get older

Caffeine is a stimulant that can speed up your nervous system. It’s found in coffee, tea, cola, energy drinks, and chocolate. Caffeine can also be added to some medicines.

Most people can drink moderate amounts of caffeine without any problems. But if you’re sensitive to it, you might want to cut back. As you get older, your body metabolizes caffeine more slowly. So even a small amount of caffeine can keep you up at night or make you feel jittery during the day.

If you have trouble sleeping, avoid caffeine after 2 p.m. And don’t drink more than 200 mg a day. That’s about two 6-ounce cups of coffee, 10 12-ounce cans of soda, or four 16-ounce energy drinks.

You might also want to avoid caffeine if you have anxiety or high blood pressure. If you’re drinking coffee when pregnant, limit yourself to 200 mg a day.

Most healthy adults can safely consume up to 400 milligrams (mg) of caffeine per day. That’s about four 8-ounce cups of brewed coffee or 10 cans of cola. Teens should limit their caffeine intake to less than 100 mg per day.

Caffeine is a stimulant that can be found in many common beverages, such as coffee, tea, and soda. While it is safe to consume moderate amounts of caffeine, consuming too much can lead to side effects such as jitteriness, anxiety, and insomnia. It is important to know how much caffeine is in your drinks so you can avoid consuming too much.

Most energy drinks contain high levels of caffeine, so it is important to read the label before you buy one. Energy drinks can range from 80-200 mg of caffeine per can or serving. If you are sensitive to caffeine, it is best to avoid these drinks altogether.

Decaf coffee still contains small amounts of caffeine, so if you are trying to completely avoid caffeine, it is best to choose an herbal tea instead. Herbal teas contain no caffeine and can be a great alternative to coffee or soda.

The bottom line is that moderate caffeine consumption is safe for most people. However, if you are sensitive to caffeine, it is important to limit your intake

Can too much coffee lead to death

This large-scale study published in Mayo Clinic Proceedings is one of the first to look at the potential link between coffee consumption and mortality rates in a broad population. The findings suggest that coffee may be associated with increased death rates in young adults, though the authors concede that more research is needed to confirm this possible connection.

Other factors such as smoking, weight, and physical activity were taken into account in the study, but it’s possible that there are other unidentified variables at play. In any case, the results of this study underscore the importance of moderation when it comes to coffee consumption.

Young adults might see some negative effects but what about 7-year-olds drinking coffee?

Ways to reduce your intake of caffeine

If you’re trying to cut down on your caffeine intake, there are a few simple changes you can make.

1. Swap your morning coffee for herbal tea or decaf coffee. You’ll still get the warmth and ritual of your favorite beverage, without the jolt of caffeine.

2. Choose chocolate with a lower percentage of cacao. Dark chocolate has more caffeine than milk chocolate, so opt for something with a lower cacao content if you’re looking to reduce your intake.

3. Drink caffeinated beverages earlier in the day. That way, you’ll have time to metabolize the caffeine before bedtime and it won’t interfere with your sleep.

We looked at do coffee drinkers live longer and were surprised by the results.

Do you like coffee? Do you drink it every day? If not, would you start if you found out that it could help you live longer? Believe it or not, there is some evidence that suggests that coffee drinkers do live longer than those who don’t drink coffee. 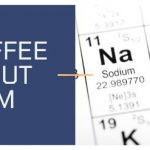 Will coffee creamer break my fast 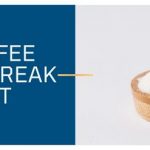