Can you reuse coffee grounds

You can redry coffee grounds and reuse them, but the results won’t be anywhere near as good. The coffee will be watery, weak, and lacking flavor as most of the sugars, oils, acids, and proteins have already been extracted but some caffeine will remain.

It’s a personal choice if you decide to reuse coffee grounds or not, but there are some things to consider if you do. We will dive deeper into reusing coffee grounds in this article and take a deeper look at the caffeine content in used coffee grounds.

Can you use coffee grounds twice

You sure can! It is one of the easiest things to do. However, you need to make a few changes for it to work again. It must be noted that if you reuse coffee grounds then the taste won’t be completely the same, your coffee may taste more watery that the first time the grounds were used.

Firstly, you should dry out your used coffee grounds before attempting to re-use them.

This way, they will retain their flavor longer and won’t produce more mold or bacteria than normal when reused twice over.

Once dried out, place them into an air-tight container with holes on top at least until subsequent time use is required – this also helps keep unwanted elements from entering while keeping the good ones inside where they belong safely stored away for future use if needed once again.

Next, to ensure your grounds are ready for reuse, smell them before using them again. If you can’t detect coffee scent anymore, it’s time to replace it with a new batch.

Finally, never reuse coffee grounds that are still wet. This will result in poor tasting coffee and might even cause you to get sick.

Ever wondered, can you refrigerate coffee, if so then everything is answered in that article, give it a click!

How many times can you reuse coffee grounds

If you reuse coffee once you will notice a sharp decline in taste. Use for the third time and your coffee will be very weak tasting and lacking in color, odor, and caffeine. Reusing used coffee grounds is perfectly ok, if you are ok with the weaker taste.

Personally, I wouldn’t use it a third time as the taste will be too weak for me to enjoy.

That’s my personal opinion as I like a very strong coffee with sharp flavors to give me the full kick i need.

Ever considered, if strong coffee means more caffeine? what does it mean to be strong? We examine these ideas in that article.

There are more creative ways to use coffee grounds, such as adding the used coffee into your compost or garden. If you do this then you only use it once as they break down quickly in that environment.

However, if you are reusing for personal use, such as making a body scrub with them, it’s best to just do this two or three times before disposing of them. Just don’t do what some people do, and flush coffee grounds down the toilet.

When you finish your cup of coffee in a french press, the grounds are still wet. These grinds can be reused to make more coffee once dried out. However, it is best not to reuse them more than once or twice otherwise the coffee will taste very weak.

They will get weaker and less flavorful with each reuse until they start tasting like dirt instead of brewed beans.

After being used for the first time, you should let them dry out completely before using again so that they have a better flavor when reusing them later on in their second use or third if possible—some people insist on continuing this cycle up to five times!

Make sure that after every use, the grounds are spread evenly across a surface such as paper towels where they can dry off from all sides equally rather than being stuck in a pile.

Can you reuse coffee grounds for cold brew

You can easily reuse coffee grounds for cold brew. Just make sure the grounds are fresh and grind them coarsely using a coffee grinder or even a food blender can grind coffee beans. Then use the cold brew recipe you already know how to make. If you are using a French press, you will want to use more grounds than usual.

When you reuse coffee beans for cold brew, it tends to be very rich and can even taste slightly bitter depending on how long the first batch is brewed.

The second time around with the same grind size, just start checking your cold brew after about 16 hours instead of 24 because older coffee is stronger! Make sure you clean your French press thoroughly between batches.

You can easily reuse coffee grounds for a hot brew, but the taste tends to be very strong and bitter. If you want to re-use them, make sure they are fresh; otherwise, it will just turn into a waste of delicious beans!

Can you reuse coffee grounds for espresso

For people who do not mind the difference in flavor, you may reuse coffee grounds for espresso.

The best way to put it is that you don’t actually “reuse” them because they will lose their flavor over time, so if you are making a cup of espresso with old coffee grinds, it won’t taste as good as when using new ones.

How much caffeine is in used coffee grounds

Caffeine is in used coffee grounds, even if those coffee grounds are reused multiple, caffeine will still be present. It will contain a lower quantity of caffeine than the first cup but it will still hold a reasonable amount of caffeine, unlike the taste, which will weaken.

According to U.S. Department of Agriculture, in 100 grams of brewed coffee from grounds, made with tap water, there is 40mg of caffeine.

That’s still a considerable amount of caffeine in your cup of joe! This is the same for old coffee. Caffeine is still in old coffee, you can read more on that here.

While caffeine may be present in the ground leftover from drinking coffee, some will be lost by brewing procedures. This will be exacerbated on the 3rd time using used coffee grounds, and so on. 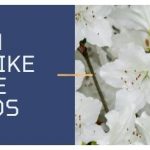 Can You Compost Coffee Filters 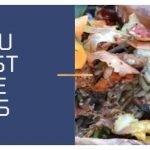