What is the Difference Between Coffee and Latte

Coffee is a beverage made from roasted coffee beans, while a latte blend of espresso and steamed milk. It is an Italian-American drink that has been around for over a century and was first introduced in cafes in Milan, Italy.

Many people consider that they are the two names of the same drink. However, in fact, they are totally different drinks. Read on to know the intricacies of the two drinks.

What is the Difference Between Coffee and Latte

What is the difference between coffee and latte? Both are popular coffee drinks.

Coffee is a drink made from ground beans. It has a mild flavor when it is black, but it becomes a latte when it is served with milk, sugar, or spices. Therefore, lattes have coffee in them as well as added milk.

Related question: What is the difference between Iced coffee and Iced latte – Many ask this question so check out my answer in full, click the link to find out more!

A latte is a variation of coffee that is prepared with espresso and steamed milk. A latte can be served hot or cold, and it tastes creamy and delicious.

Regular coffee is water filtered through coffee grounds and depending on your preference you may add a slight bit of milk or cream for taste.

The best coffee is prepared by adding hot water to ground coffee in a cup, while a latte is made from adding milk. Latte is derived from the Italian language, which means milk.

Latte is more expensive than coffee, mostly because of the additional ingredient milk and the art involved.

Recently latte has evolved, and more people have learned the art of making it more appealing. When added to coffee, the frothed milk makes various patterns such as trees, flowers, and love and heart patterns.

Ever wondered if decaf coffee a diuretic? Check it out to find out if it is

Comparison Table of Late and Coffee

Is a Latte Stronger than Coffee?

A Coffee is stronger in taste and usually has more caffeine than a latte. The milk in a latte can mask the strength of the coffee, giving it a smoother taste. A latte can have 75-100mg of caffeine, which is either matched or slightly weaker than regular coffee, which has around 100 mg of caffeine.

A latte is made from both coffee and milk; therefore, it is a heavy milk drink that masks the taste of coffee. The milk pit in coffee weakens the strong flavor of the drink. Furthermore, latte can be enhanced with other tastes such as hazelnut and vanilla.

While many people might love the original taste of brewed coffee, latte tends to be much sweeter. Still, other types of coffee have greater tastes. Nonetheless, for people that enjoy a creamier drink, a latte is the way to go, though the coffee flavor is more subtle.

I wrote a related article on, Is There Coffee In A Latte? Worth checking out if you want to know more

Which Has More Caffeine; Coffee or Latte

The main difference when comparing coffee vs latte is that the latter contains more milk than coffee. Coffee has more caffeine than a latte. However, the amount of caffeine in each drink varies widely depending on how strong it is and how large its serving size is.

Ever considered using evaporated milk In coffee, read all about it here!

Which is a Healthier, Latte or Coffee

The added milk in lattes’ adds considerably more calories and fats than regular coffee. Although a regular coffee may have more caffeine than a latte, a latte is more unhealthy.

Although milk is healthy, most of the concerns about latte being healthy arise because of the lactose found in milk. People that are intolerant to lactose might experience bloating, stomach pain, and nausea from drinking a latte. In addition, milk and sugar added to make a latte might result in an acne breakout. The severity depends on how many of these ingredients you consume in a day.

Too much coffee might also not be ideal for you because of the energy the body gives. The stress hormones released after drinking coffee might put the body in a stressed state, impacting feelings of anxiety throughout the day.

Whole milk in latte contains high-fat content that could interfere with your weight goals. Taking too much of a latte in a day translates to consuming too much fat, which is not highly recommended. For people that are trying to lose weight, latte could not be an ideal drink.

A latte a day may be bad for your heart. If you like your lattes with sugar, you may be harming your heart. The popular coffee beverage can trigger inflammation that raises the risk of heart attack or stroke.

Drinking four or more lattes a week could lead to inflammation in the lining of blood vessels, increasing the risk of cardiovascular disease.

Ever wondered if lattes are hot or cold, check out to know more.

Are Almond Milk Lattes Good For You

Are almond milk lattes good for you? It depends. But before we get to the details, here is a little background on almond milk in general. Almond milk has become the fastest-growing alternative milk since it hit the market in 1994. It contains no cholesterol and is low in saturated fat, with only 1 gram per cup. An 8-ounce serving of unsweetened vanilla almond milk contains 30 calories.

Almond milk lattes are good for you. They can be a substitute for people who have problems with dairy but still want a latte. Almond milk is low in cholesterol and has many vitamins and minerals. It’s a great alternative to regular milk or soy milk. It can also be used as a creamer in hot or cold coffee drinks.

A lot of people like to enjoy an almond milk latte occasionally, but are they good for you? Almond milk is healthier than cream or whole milk, but it’s still not something that you should substitute for dairy milk in your everyday latte. Almond milk has the benefit of being low in calories, which makes it a good alternative to cream if you’re trying to cut back on calories. However, almond milk doesn’t have the same vitamins and nutrients that dairy milk does.

But the main difference is that a latte is made mainly from adding coffee and steamed milk while a regular coffee is coffee and water. 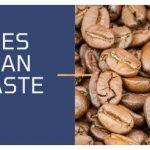 Why Does My Coffee Taste watery