Muslims, and even non-Muslims, often find themselves wondering if they can drink coffee. During this article, we will look to shine some light on the matter. So, can Muslims drink coffee?

It depends on the type of coffee you’re drinking and it depends on what spirit you are drinking it. If drinking coffee leads to addiction, overindulgence, or other bad behavior then it should be avoided. But, there is nowhere in the Quran where coffee is banned so Muslims are free to drink coffee.

The rest of this article will take a deeper look at the relationship that Muslims have with coffee. It will also look at how coffee affects Ramadan and if coffee is halal or not.

Muslims are often asked about their stance on various things – some of which are totally permissible in Islam, and others that are not.

When it comes to coffee, the ruling is a bit less straightforward. There are a few different schools of thought on the matter, but ultimately it comes down to personal preference.

Some Muslims believe that coffee is absolutely forbidden, as it contains caffeine which is a stimulant. However, others argue that since coffee beans are naturally occurring, they can’t be considered harmful in moderation.

There is nowhere in the Quran that caffeine is mentioned so in that way it cannot be expected of Muslims to abstain from drinking coffee. If with drinking coffee comes negative or harmful behavior, then it should be avoided.

Ultimately, it’s up to the individual to decide whether or not they want to drink coffee. If you’re unsure, it’s always best to err on the side of caution and avoid it altogether or ask your spiritual mentor for more advice on the matter.

Is Coffee Haram or Halal

There is no prohibition in the Quran, in fact, caffeine is never even mentioned. We can conclude that coffee is not Haram, but one should behave and act in a good way with all things.

The debate stems from the fact that coffee beans are roasted, and when roasting occurs, some of the bean’s natural oil is lost.

This oil is where caffeine comes from, and since caffeine is a stimulant, there is some concern that it could be considered haram.

As anyone who has ever gone without coffee for a day can attest, the stuff is seriously addictive. But many people don’t realize that, from a religious standpoint, coffee is a bit of a gray area.

However, other Muslim scholars argue that coffee beans are not actually heated to the point of being “roasted,” and therefore they retain their original properties and are thus halal.

Ultimately, the decision of whether or not to drink coffee lies with the individual. But for those who are looking for a definitive answer, it seems that there is no clear consensus on whether or not coffee is haram or halal.

There’s a lot of misinformation out there about Islam, and one common misconception is that the religion forbids coffee.

In fact, there’s no mention of coffee at all in the Quran, and the earliest Muslim scholars took no issue with the drink.

It wasn’t until around the 16th century that some Muslim clerics began to forbid coffee, citing a passage from the hadith (the sayings and actions of the Prophet Muhammad) in which Muhammad is quoted as saying “don’t drink too much black coffee, it will make you one-eyed.”

However, many modern scholars interpret this not as an outright ban on coffee, but as a warning against excessive consumption.

So whatever your personal beliefs, you can rest assured that there’s no religious objection to enjoying a cup of joe.

Can Muslims Drink Coffee During Ramadan

Muslims worldwide abstain from food and drink from dawn to dusk during the sacred month of Ramadan.

This includes coffee, even though many Muslims rely on the caffeine boost to help them get through their fast.

But there’s no need to despair, as there are ways to get your coffee fixed while still adhering to the strictures of Ramadan.

One popular method is to drink “Arabian coffee”, which is made with cardamom, cloves, and other spices.

This type of coffee is usually served strong and sweet, and it’s often drunk after breaking the fast at sunset.

So if you’re looking for a way to enjoy coffee during Ramadan, Arabian coffee (Amazon link) is a delicious and culturally appropriate option.

Some Muslim scholars believe that coffee is permissible during Ramadan, as long as it is consumed before sunrise or after sunset.

Others argue that coffee should be avoided entirely, as it may interfere with the spiritual aspects of the fast.

Ultimately, the decision of whether or not to drink coffee during Ramadan is a personal one.

Many Muslims use this time of contemplation and prayer to reassess their relationship with food and drink, and then decide what is best for their own spiritual journey.

There are different schools of thought on the matter, but most say that coffee is okay to drink as long as it doesn’t have any traces of alcohol in it.

As mentioned above there is no mention of coffee or caffeine in the Quran, so there is no reason why coffee should not be allowed.

So, if you’re Muslim and you’re wondering if you can drink coffee, the answer is yes. 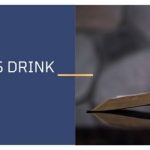 Can You Drink Coffee After Teeth Whitening

Imagine you just spent an hour at the dentist’s office having your teeth whitened. You’re feeling excited to show off your pearly whites and head to your favorite coffee shop…